Who Is “The Magician” in the Poker World?

You are here:
Uncategorised 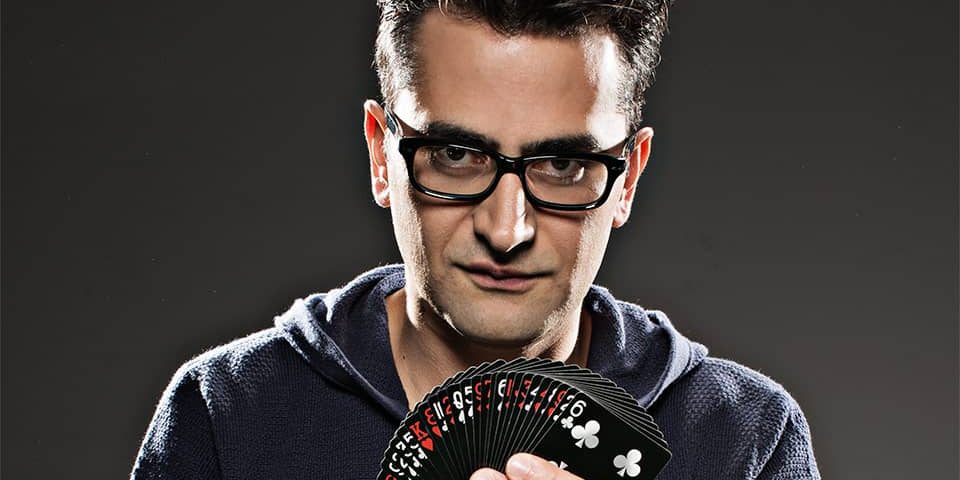 The casino world is a really diverse place that all the players have a special place in it.

Whether they are a big or a smaller part of the picture, everyone matters.

But, of course, the legends of the poker industry are the people who are changing it on a daily basis.

And it’s for good.

Some of them are quite popular, but others really like to stay in the shadow and be quiet about their achievements.

Well, the Magician is not a very loud player.

Have you heard of him?

It’s time to find out!

Antonio Esfandiari (his birth name is Amir) or commonly known as ’The Magician’ in the poker world isn’t just an ordinary man.

Born in Tehran, Iran on December 8, 1978, this man has won not one, but three WSOP bracelets.

He usually plays Texas Hold’Em Poker, among the other types of poker.

As a kid, he was very problematic and was always up in trouble.

He even got in jail because apparently, the police caught him selling marijuana.

Even now, he tends to get in a certain trouble every now and then.

But now, with glory as big as he never dreamt of, Antonio Esfandiari has a wife and a 5-year-old son.

His wife isn’t just any ordinary woman; she is the daughter of the famous poker professional Badih “Bob” Bounahra.

Her name is Amal Bounahra.

His brother, Pasha, is also a professional poker player.

But, his brother is the better poker player (he is the more famous one).

Why Is He Called ‘The Magician’?

Many people are asking this, mainly because Antonio Esfandiari is not a magician nor he cheats the live casino games.

At least, he’s not a professional magician.

His games are played the classic way, and he is doing a pretty good job in the poker world.

So, why are they calling him ‘The Magician’?

The answer may surprise you.

He has always wanted to become a magician.

So, he wanted to pursue a career in that field and that’s why at the age of 19 he changed his name from Amir to Antonio.

He just thought that Antonio the Magician has a certain ring to it.

Or at least, when compared with Amir the Magician.

He is clearly ashamed of who he is.

He even got his nose done in order to look less foreign.

Whatever his goal is, no one can deny that ‘The Magician’ is doing a pretty good job with his poker career.

I cant wait to see what the future holds for him.

Lukas is the head author at Casinoble and responsible for all content strategies and what casinos we review.

Lukas has a background of playing poker in the early years of the poker boom in Europe. He became an expert within the online gambling and has been working as an author for several websites.

Lukas is the head author at Casinoble and responsible for all content strategies and what casinos we review. Lukas has a background of playing poker in the early years of the poker boom in Europe. He became an expert within the online gambling and has been working as an author for several websites.

The Best Drinks to Order When Playing Blackjack
4th May 2020

The Difference Between Blackjack and Spanish 21
20th April 2020