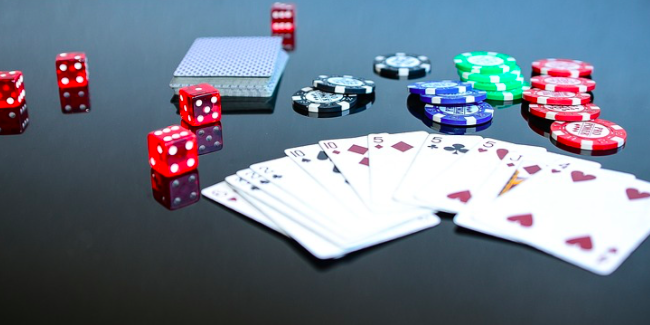 Texas Holdem is a popular poker game in both real-world casinos as well as online live casinos (not to mention for gambling among friends outside of a casino setting), but most people would find themselves rather unacquainted with the game’s history. As the most popular poker game in the United States and the main game in the World Poker Tournament, there’s a good chance that you’ve simply never thought about the history of a game that has become so ubiquitous.

There’s some debate about the true origins of poker as a game, with a number of competing stories and claims to being the “original game”. These include the ancient Persian as-nas, French poque or brelan, British brag, Irish poca, or Spanish-Italian primero – with each having a following that advocates that it is the original. Of these, brag seems to be one of the more likely candidates due to the fact that it comes from an Anglophone country and also uses an ante in the way that modern poker does. As-nas uses a smaller 20-card deck, but the hands are the same as those used in poker other than straights and flushes.

While the origins of poker as a game are less clear, the emergence of poker for the sake of gambling as a cultural phenomenon dates to the 19th century in regions near the Mississippi. Poker became popular as a gambling card game on riverboats and onshore gambling houses, moving beyond its status as simply one of numerous strategy-based card games. With America’s westward expansion, poker became a staple in the saloons of the “Wild West” and forever ingrained in the public imagination as such.

By the late 19th century, new hands and variations on play had been introduced into the game. From this time until the formation of the World Series of Poker in the 1970s, poker neither really declined nor gained in popularity. However, it was during this period that new variants on the game became popularised, one of which is Texas Holdem. As the story goes, this wildly popular variation on poker comes from a small town near Corpus Christi. The Texas State Legislature has officially recognized Robstown, Texas as the birthplace of Texas Hold-em in 1925. There’s no record of anything beyond that, but what we do know is that the game quickly spread throughout Texas and remained there for a few decades.

The ubiquity of Texas Holdem stems from 1960s Las Vegas casinos, with some Texan poker legends bringing their skills with them. A couple of dedicated players ultimately decided to popularise the game as a strategy game in its own right, and this ultimately worked out due to dedication and entrepreneurial talents. By 1969, Texas Holdem had found its place on the Strip, with a tournament in The Dune. This tournament attracted the attention of Benny Binion, who was a mob boss and also involved in the Las Vegas casino industry. The following year, Binion and his son bought the Gambling Fraternity Convention. The Binions ultimately renamed it the World Series of Poker, with Texas Holdem as its flagship game.

From this time, Texas Holdem has gained popularity as the flagship live casino game in poker tournaments. We can see this growth exemplified in the fact that the 1972 World Series of Poker hosted only 8 players, while the tournament now hosts more than 800. You can go to practically any casino in the United States and find the game, and there’s a pretty good chance that even your neighbour knows how to play. With the advent of online casinos and live dealer tournaments, you don’t even need a deck of cards or other people in the room to play and win, and of course, this has also further cemented the popularity of Texas Holdem as the most exciting live game.

Lukas is the head author at Casinoble and responsible for all content strategies and what casinos we review.

Lukas has a background of playing poker in the early years of the poker boom in Europe. He became an expert within the online gambling and has been working as an author for several websites.

Lukas is the head author at Casinoble and responsible for all content strategies and what casinos we review. Lukas has a background of playing poker in the early years of the poker boom in Europe. He became an expert within the online gambling and has been working as an author for several websites.

Casino Etiquette: What You Should and Shouldn’t Do
23rd March 2020

How To Use The Reverse Martingale System
1st March 2020